Looks like G3 athlete Andy Traslin has been keeping the dream alive lately. Here's a really cool trip report of him enjoying one of the 50 classic steep descents of North America...

Less than a two hour drive from Vancouver lies a mountain with plenty of epic steep ski lines. Towering over the ski runs on Mt. Baker ski resort, it's one of the most aesthetic faces anywhere. I had a call from Andrew and his college friends from Bellingham who were stoked to hit it, and I wasn't going to say no. Weather was clear and stability was good... go time. We approached the line and were going to climb the face first. I was enjoying the lightest gear amongst the group for the climb that day, while the rest of the crew lugged their heavy at set-ups. As we are climbing the face I looked down and noticed a lone figure on his way up. I wondered if it was Dan, otherwise known as Dansanity. In the past few years Dan Helmstadter has pioneered some sick lines on the North Face of Shuksan, and most of the time solo, so it wasn't too much of a surprise when it turned out to indeed be him. I noticed he had his crampons on, so I told the rest of our crew to suit up and get them on... in case we were in for some blue ice further up the face. Dan caught up and led out to break trail and I followed suit. We quickly made ground to the traverse, where sure enough, there was ice. We started the traverse but the rest of the group trailed behind, so we ended up splitting up as some of the crew were not properly set up for the rest of the climb. We topped out on the route and discussed options... the NW couloir was variable with ice so we decided to climb the North shoulder of Shuksan instead. After all, the true essence of skiing a line is to ski from the summit or the true high point to get the full descent. I was starting to get tired and the wind was howling. Dan mentioned the North face, I was thinking white salmon. Dan set off to down climb and check conditions. I rested and hoped it wasn't a go.I looked up and Dan walks towards me with a smile on his face. I know what that means. Time to get scared.We climbed the shoulder and skied from the high point.The directions were "look for the boot pack and avoid the shiny ice sections". Dan dropped in and disappeared. I almost bagged it. There's nothing like the anticipation of the first turn. I had some visions I don't want to mention I've seen on youtube of tomahawks, and there was this face around 2500 feet below. I edged over and pulled out my ice axe. A couple checks and I actually yelled as I made the first turn. It was edgeable and firm styrofoam so I knew I was all good from there. But I had to be ready for the skin out - apparently there was 27 switch backs out of the creek waiting for us... almost as gnarly as the ski. 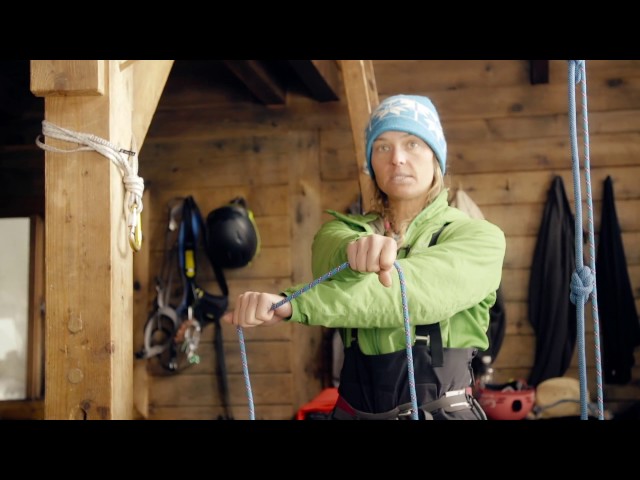