The first time I attempted to climb and ski the Snowspider was around 15 years ago. But with poor visibility and a touchy snowpack, I ended up just looking at a map and compass for most of the three day trip. The second time was about 5 years later, with much of the same results. So recently when my brother Andy said some friends were going out for three days of skiing with the main objective to ski the Snowspider, my initial motivational level was a 3 out of 10. By the time I was packed for two days, I was up to a 5 out of 10, for motivation. I figured I would keep my expectations low, then build from there as the trip progressed. Soon enough I find myself at Vantage Col. Right then, my brother Andy looks towards the Twin-One Couloir, and can see three little dots climbing up. That must be Maddy, Cam, and Richard, kicking steps for the route. My watch was telling me it was the afternoon, I knew Andy would be more than happy to put the hammer down to catch the group in the couloir. Within ten minutes I found myself leading two people I had just met, (they opted out of the couloir...and were patiently waiting for Maddy, Rich and Cam) to where we would spend the night. Later that evening I was happy to see everyone back from a safe journey and ski on the Twin-One Couloir. After a good nights sleep, I looked outside to see a clear bluebird day. I was stoked and slightly anxious to get going, and maybe finally ski/climb the Snowspider. Early morning on our way up to the Summit of Snowspider. Maddy Armstrong, Mike Traslin, Richard Soo, Cameron Coatta With some route finding difficulties and snow concerns I was finally on the summit of the Snowspider. (10 feet from the summit my motivational level finally kicked up to a 10 out of 10 ). Ironic, I enjoyed about fifteen or twenty minutes on the summit that took 15 years to get to. For someone else's take on the same adventure, and more photos of the lines and peaks, check out Maddy's post.

The How To's, What Ifs, & Scary Beans Read More 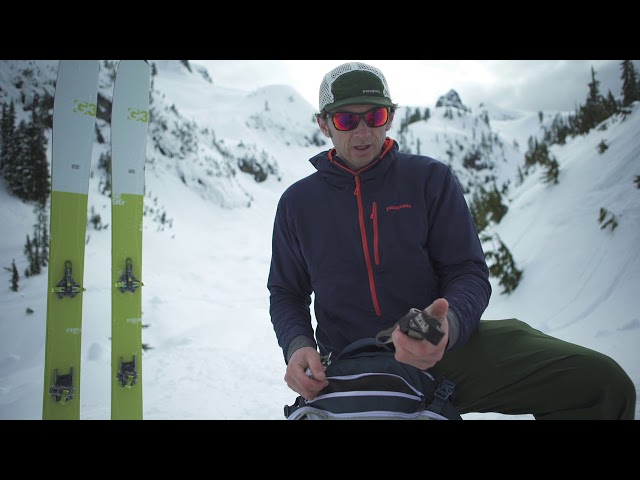