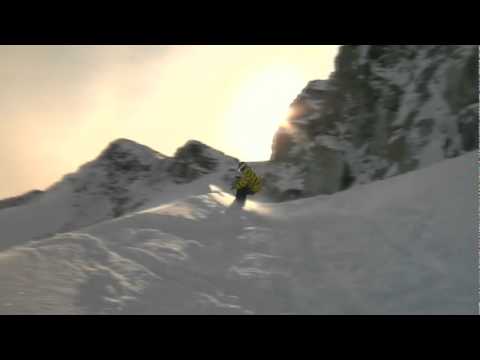 The waiting game is almost over Ð or is it over already? As in, has ski season already begun? Does that make it winter, even if the solstice is still well over a month away? People anxiously waiting to click into their skis are probably pondering all of the above, but for anyone whoÕs already had a taste, thereÕs no debateÉski season 2010/11 has begun. Ring the bell. No matter how premature it might be, nor how many rocks they ground over on the way down, skiers across North America have been milking the start of winter 2010/11 for all itÕs worth. JT Robinson already made us jealous last week with his turns in Utah, while closer to home Jordan Manley showed us VancouverÕs local mountains may be snowier than we thought. Colorado resorts are opening left and right, and big mountain shredder Kevin Hjertaas proves that shallow groomed runs in Lake Louise arenÕt the only thing the Rockies have on tap, Whistler Blackcomb sampled their terrain last month, and the list goes on. These people arenÕt waiting for anything, so why are you? Safety is your only good excuse, so once your local stomping ground has filled in and consolidated, weÕll expect even more reports of early season adventures coming down the pipes.