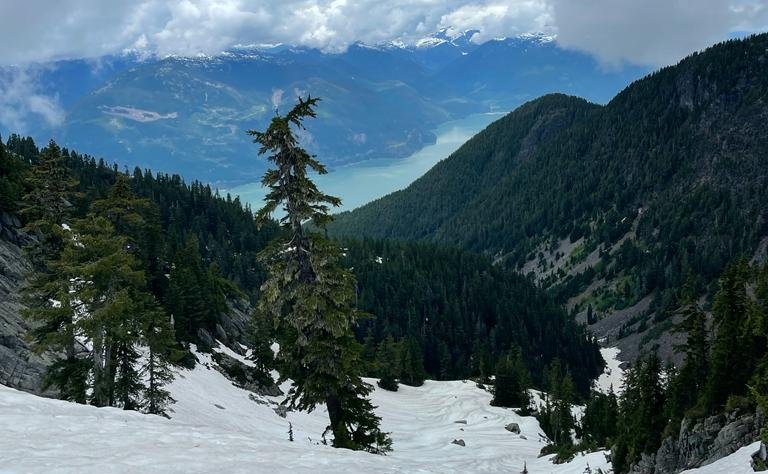 During the winter I spend as many days on snow as I can, but what would one do in summer to keep in shape? Well… I’m peak bagging.

The Bagger Challenge encourages participants to explore and celebrate the glorious mountains of Vancouver's North Shore, from Fannin Range in the east, to the peaks of Howe Sound in the west. From the front-row peaks in the south to Capilano Mountain in the north. As of 2022, the challenge includes 83 peaks. It’s a fun combination of adventure, athleticism, and nature.

So what does peak bagging entail?

Last weekend I bagged Deeks Peak and Ardbeg peak on the north side of the Howe Sound Crest Trail (HSCT).

This hike is about 20 kilometers in distance and 2,000 meters in elevation gain.

I use Gaia, and here’s my track from this hike: As part of the challenge, one of the group members will write a trip report and post it to the Challenge's Facebook group when the hike is done.

Me and five other baggers met at the HSCT north trailhead and took the off-ramp trail to FSR to Deeks Lake trail. The snowpack this summer is heavier than normal (can’t complain, we had a great snow season!) and the Phi Alpha falls are streaming rapidly.

The way up to the lake was uneventful. I like using trekking poles on long days like this, especially on established trails like the one we were on. I do stow them away on more technical or bushwhacking sections, and I make sure to secure then with a tension strap, so they stay in my backpack (learned that the hard way when I lost a pair on another adventure…). Brunswick Mountain towering over Deeks Lake (Brunswick is the highest peak in the North Shore Mountain range, at 1788m)

The lake is beautiful, so we stopped for a quick snack break, but it’s covered with pollen and is not a good source of drinking water right now. There are four flowing creeks for filtering up the trail above the lake that I used instead. There were lots of bugs at the lake which made for a rushed pitstop. The bugs ate us, but we also ate them, so we’re kind of even. We used a lots of bug spray which really helped!

From the lake, Windsor Trail starts obvious, but turns more into a trail-finding exercise once the snow starts at around 1,400m elevation. We used micro-spikes and poles, but an ice-axe was not needed. We found the snow to be firm and supportive all around.

Things gets a bit tricky traversing to Deeks peak after Adberg junction. The ridge is steep, and while the snow was hard still, it could break and collapse into the steep at some point. Trail finding with the snow on and off was needed. The top scramble onto the peak is well… a scramble with couple of rocks requiring climbing over - everyone had fun with those! It was a bit foggy at the peak, we enjoyed some views, ate lunch and backdown to Ardbeg junction - it was a lot easier on the way back. We turn to Ardbeg. Pretty shortly after the initial steep climb we arrived at a cairn made of grey rocks.

We continued the ridge which is covered in snow with steeps on both sides. A bit sketchy, we tried to avoid the snow where it was possible. We arrived at the real peak cairn which is made of brownish colored rocks then headed back.

The way down was uneventful and very long. Met some hikers, campers, and a dog, but no other peak baggers.

All in all, it was another amazing day on these glorious mountains with a superb group of hikers working together on pace and trail finding.

And Yes! We did find the Whiskey - hint in the photo. Yes! For added fun many peaks have hidden whiskey somewhere. Ardbeg peak has Ardbeg Whiskey – it’s a very smoky one!

Stay tuned for more adventures as I keep pushing to complete this challenge.

Optimized user experience comes from the finishing details in any design. PIVOT TREK poles wrap around the handle and lock into place...

Digital specialist at G3, and a Snowboard Instructor at Grouse Mountain. 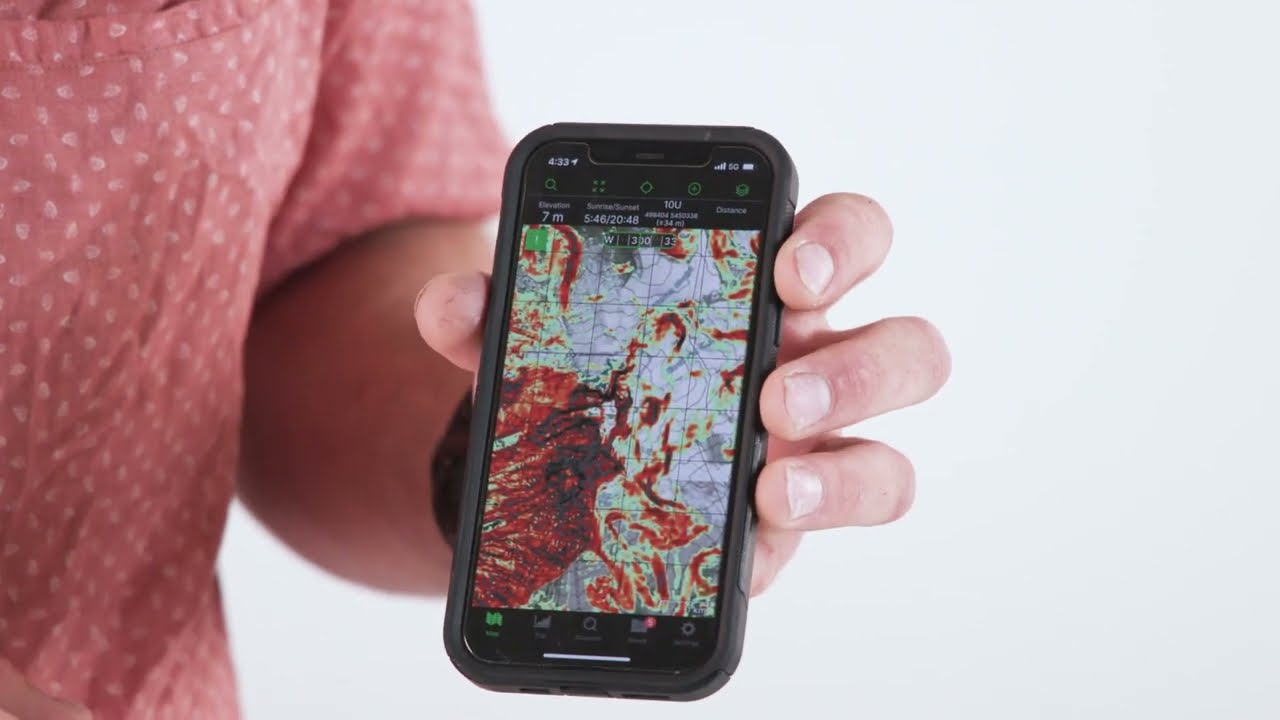 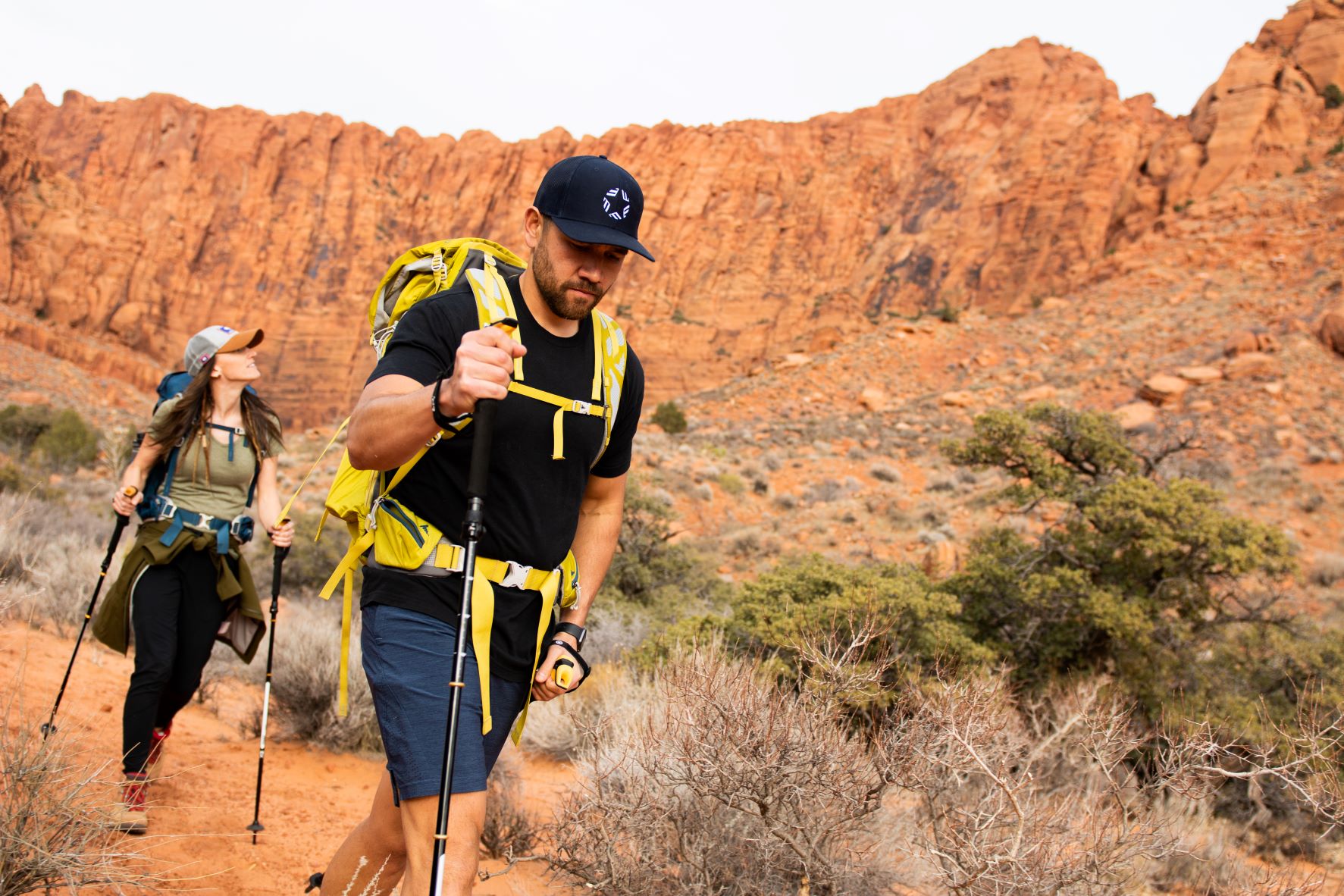 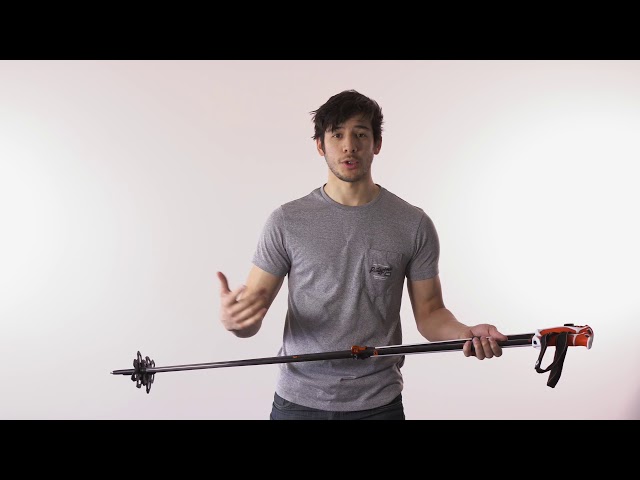